Welcome to The War Pony Project

If you are looking for the online gallery and store of the War Pony Project limited edition prints please click here:  Willette Fine Art

My vision for the War Pony Project began with my desire to create contemporary art that honors the history of the American Indian tribes that are the horse people and the horses that helped them survive and fight for their freedom. I grew up fascinated by the skills of the Indian warriors and as I learned through reading, the incredible loyalty, strength and intelligence that their horse partners exhibited.

I began by photographing the horses of a friend of mine. I visited his ranch west of my home many times through the winter and photographed his horses running and standing from many, many angles. I went back to my studio and studied the photos then returned to shoot more. I repeated this many times until I was convinced that I knew what to look for. What angles and lighting would create dynamic images of horses.

It was then that I began the journey of trying to find someone on a reservation who thought helping out this white man create his art would be a good idea. Through reading and researching the Reservations of the Horse Nation I came across LaDonna Brave Bull Allard of the Standing Rock Sioux Reservation in Fort Yates, ND.
At the time LaDonna was the Tribe’s Historian. Her family has been in North Dakota since the 1800’s.

In my many phone conversations with LaDonna I learned so much about the life of her people past and present. I just kept getting more inspired to create this art of the War Ponies.
We talked for over a year until finally one day a young woman named Karol said that she thought she and her family could help me. This was in the Spring of 2009 and she wasn’t sure if it could happen that summer. It didn’t, but I stayed in touch and finally worked with Karol and her generous family the summer of 2010.

So as you can see I still didn’t have a horse to photograph in 2009. My helpful friend with the ranch one day mentioned that he had a met a Crow Indian fellow at one of the reigning competitions at which he competes. He gave me the name of Ken Real Bird. When I returned home that evening I took a chance and entered his name into the Google and sure enough there he was. I even found a way to contact him.
After a few conversations on the phone we agreed that both of our schedules would work if I showed up early in August of 2009. I headed to the Crow Reservation in Montana and Ken blew me away with the painting he did on one of his paint horses.

I went to work, did my photography and after the drive back to my home began my work on the piece that became “Crow War Pony-1”. I’m proud that I can now call Ken my friend and that the piece that we partnered on is in the Smithsonian’s collection and was a big part of the marketing for the exhibit titled “A Song for the Horse Nation” at the National Museum of the American Indian in Washington, DC.

The art that I created with Karol and her family in 2010, “Sioux War Pony-1” is also in the Smithsonian collection.

Limited Edition prints of all of the War Ponies can be viewed and purchased at Willette Fine Art.

My interest and passion for the project will last for many years. The opportunities it provides for me to learn and make new friends who have often sad but always inspiring history to share will hold my interest always.

Some background of the War Pony and the painted symbols.

Indian braves readied themselves for battle or horse raiding missions by preparing themselves mentally, spiritually and physically.They often painted their most trusted horse with the same patterns, symbols and colors that he used for his own face, body and weapon.Each tribe had symbols that were uniquely their own, but many symbols were also recognized and used by all of the tribes. These shared symbols included circles painted around one or both eyes to provide for keen vision. Long zig-zag lines symbolized lightening adding power and speed. Arrowheads on all four hooves also made the horse swift and sure footed. Painted hoof prints stood for the number of horses captured in raids. Eagle feathers were considered sacred and often tied into the mane and / or tail of the war pony.

In addition to the painting of these symbols on the horses that become my art, I ask my that my painter also feel free to paint using their own interpretation and colors for any symbols that they use and to contribute their artistry as they would have if the clock was turned back and the painting of this horse was for real.

Thank You for viewing my site. Please feel free to contact me with any questions that you may have.

UPDATE:  The Smithsonian National Museum of the American Indian ( Washington, DC & NYC ) added both “Crow War Pony-1” and “SiouxWar Pony-1” to the permanent collection! For the exhibit that opened in Washington DC on the Mall  “Song for the Horse Nation” (Oct. 29, 2011 -Jan. 2013), “Crow War Pony-1” was selected to be the iconic image on the banner on the front of the building announcing the show aswell as being used for much of the advertising. “Crow War Pony-1” is included in the exhibit. What an unexpected and very appreciated honor. 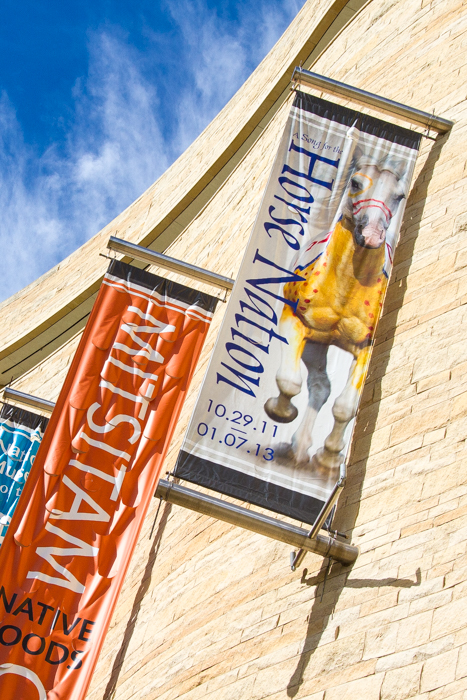 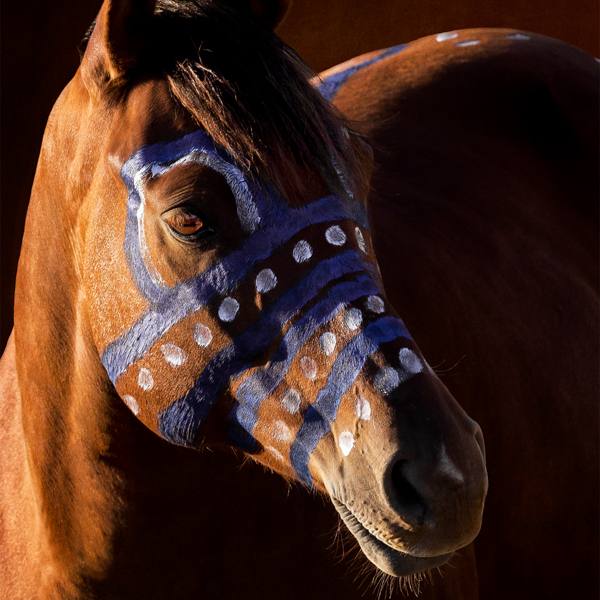 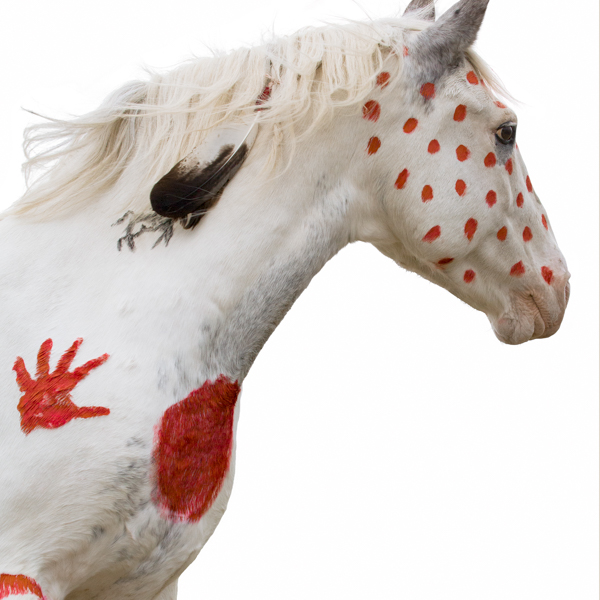 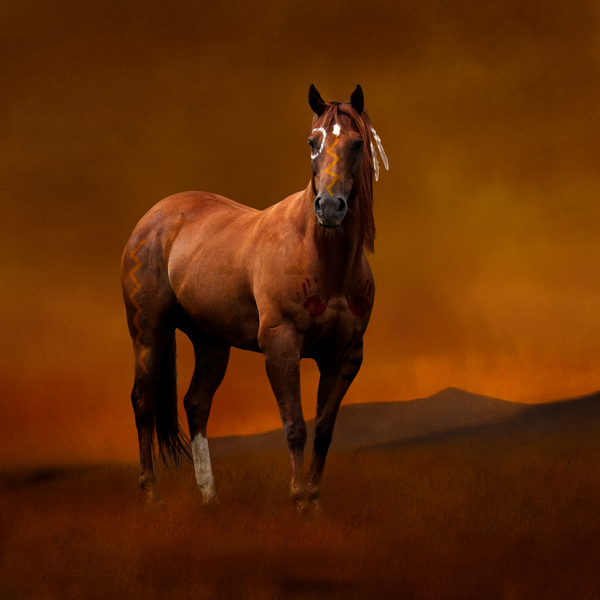 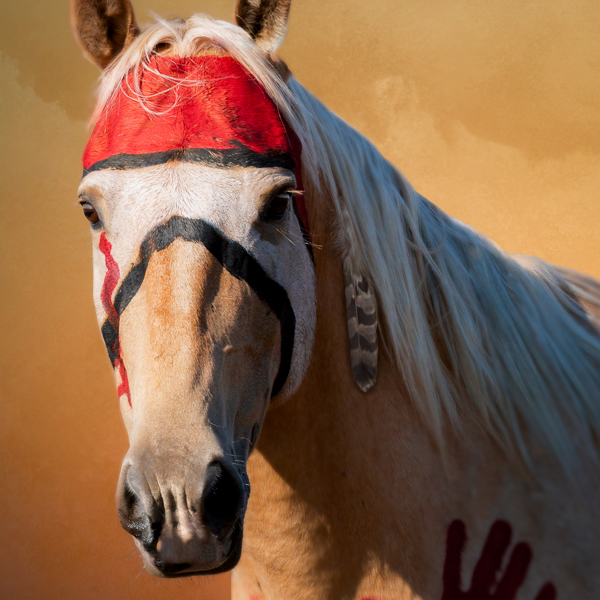 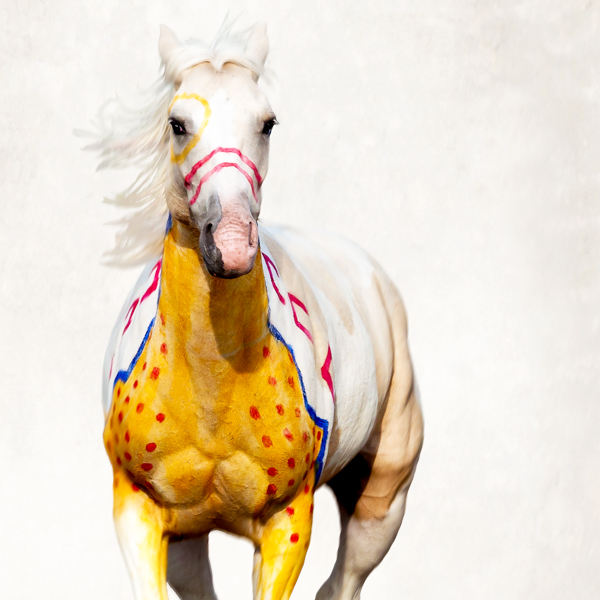 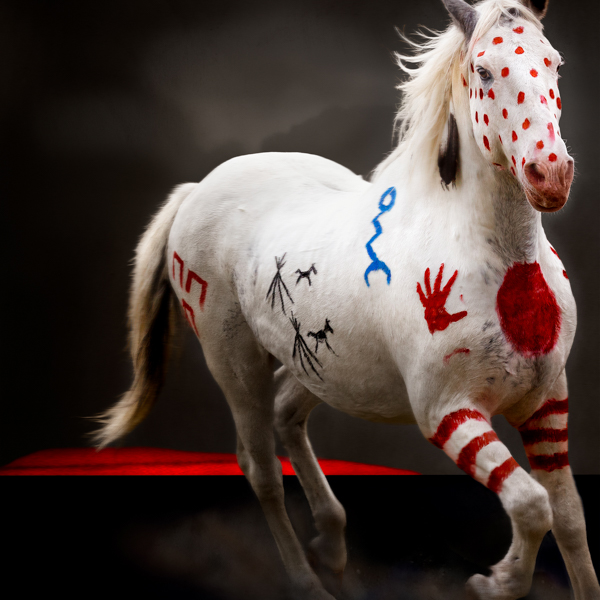 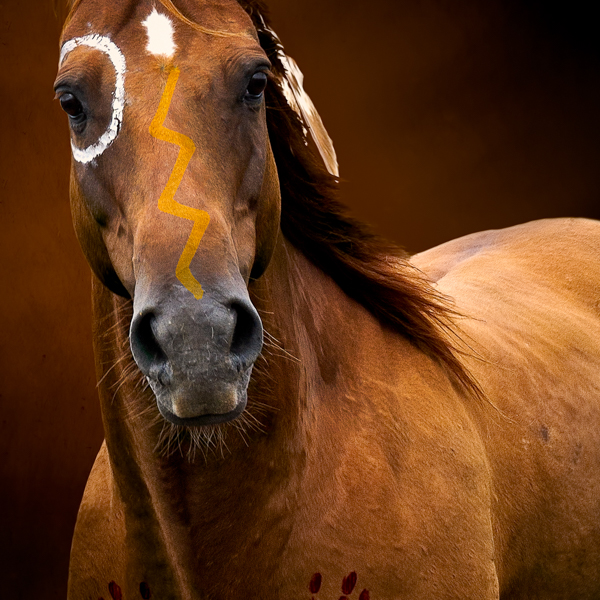 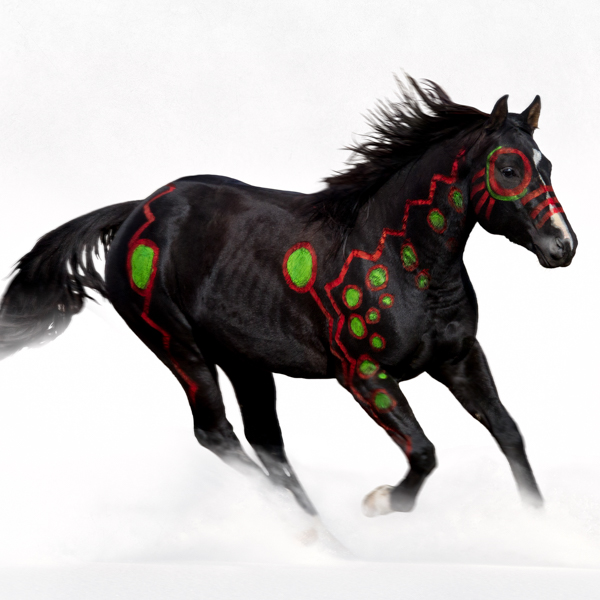 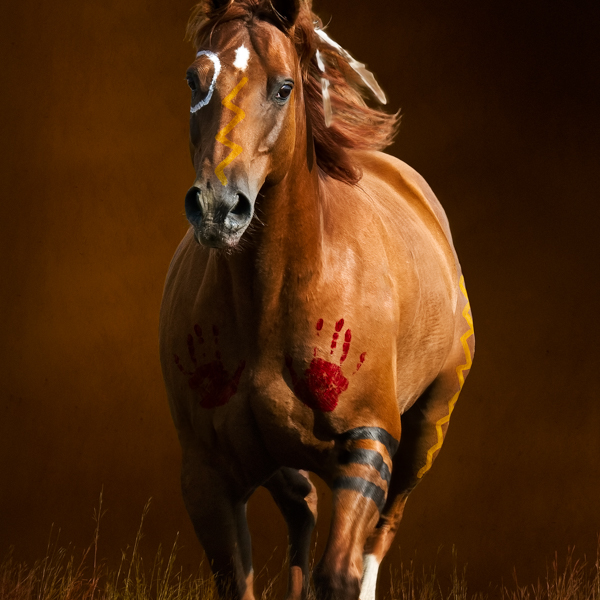